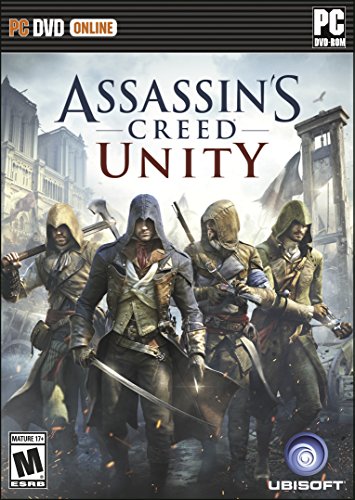 Rating: Mature
Overview
Assassin's Creed Unity is loaded with traditional features that are integrated into the Assassin's Creed franchise of action adventure games. The Unity edition is set in Paris in a timeline that coincides with the French Revolution. The graphics in this game are superb, as realistic architectural features are shown in great details. Players can appreciate the rich visual presentations of real cathedrals, towers and other landmarks of 18th century France. The arsenal in Assassin's Creed Unity is based on the game's time period. Swords and primitive one shot muskets are used by the characters of this thrilling open world game. The bloody conflict of the French Revolution is portrayed with historical accuracy while also offering a sense of virtual fun for players that enjoy the Assassin's Creed franchise. Skirmishes in the streets of Paris define the highlight of the game.
Advertisement

Game Release Dates is the best source to find out when does Assassin's Creed Unity come out. Dates do change so check back often as the release approaches.
Privacy Policy
Copyright (c) 2020 www.gamereleasedates.net