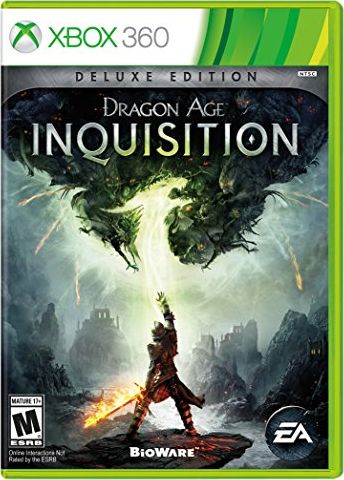 Rating: Mature
Overview
Return to the Dragon Age and all of its wonders in Dragon Age Inquisition! With the Veil between the world and the Fade torn, it's up to the Inquisition to find a way to end the conflict caused by the entry of demons and other creatures into Thedas. Become the Inquisitor and lead a dangerous mission to find a way to close the tear and end the war between mages who draw their powers from the Fade and templars! Customize your character, including species, clothing and armor, and then strategically use other characters to capture and retain forts and gain intel. Select a combat style and modify the abilities of your team to improve your chances! Take care when making decisions! Each of your choices directly affects game play, story arcs and even the immersive world's physical settings!!
The products below contain affiliate links. We may receive a commission for purchases made through these links.
Advertisement

Game Release Dates is the best source to find out when does Dragon Age Inquisition Standard Edition come out. Dates do change so check back often as the release approaches.
Privacy Policy
Copyright (c) 2021 www.gamereleasedates.net