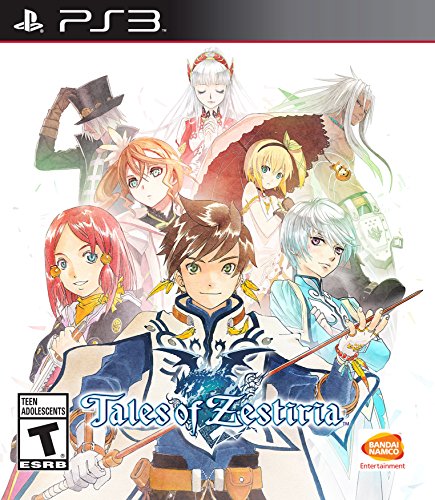 Rating: Teen
Overview
Tales of Zestiria is part of the long running series of Tales games. This particular title has a traditional role playing game design. Some of the improvements to this game include an open world that allows players to explore more landscapes without having to pass through portals. The updated battle system also focuses more on weapons such as magic and traditional items like swords. Greenwood is the main fictional setting of Tales of Zestiria. This world is occupied by two rival empires that continue to engage in warfare. Humanity is countered by superhuman races known as the Tenzoku. There is almost a theme of a "good vs. evil" in Tales of Zestiria. Some of the main characters include Slay, Alicia, Miclio, Edna and Laila. Each character has a unique personality and arsenal that must be used to overcome various challenges.
The products below contain affiliate links. We may receive a commission for purchases made through these links.
Advertisement

Game Release Dates is the best source to find out when does Tales of Zestiria come out. Dates do change so check back often as the release approaches.
Privacy Policy
Copyright (c) 2022 www.gamereleasedates.net