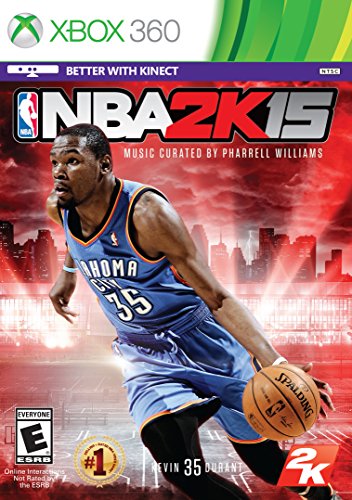 Rating: Everyone
Genre: Sports
Overview
NBA 2K15 invites basketball fans to enjoy the highest level of competition on a virtual platform. As expected, all of the teams from the National Basketball Association are featured in this title. The league's top superstars are presented in distinct ways with signature facial expressions, moves and gestures. The ball physics are improved in order to prevent some common glitches and unexplained events on the court. European leagues are also expected to make a comeback in NBA 2K15 just like in previous titles. Players can enjoy high flying drunks, ally hoops, cross dribbles and other unique maneuvers on the court. The improved game engine also takes into account loose balls and shots off the backboard. An interactive crowd provides plenty of motivation for players to compete on the highest level. Play by play commentary also adds a sense of realism to NBA 2K15.
The products below contain affiliate links. We may receive a commission for purchases made through these links.
Advertisement

Game Release Dates is the best source to find out when does NBA 2K15 come out. Dates do change so check back often as the release approaches.
Privacy Policy
Copyright (c) 2021 www.gamereleasedates.net