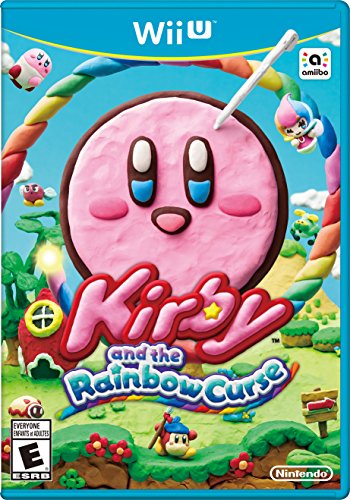 Rating: Everyone
Overview
Let your imagination run wild with Kirby & The Rainbow Curse, a game where colors, shapes and stars blend together in a kaleidoscope of fun. It's your job to guide Kirby through a world of mazes, each one more difficult than the last, while also collecting points and special items to make future levels easier. The catch? You only have your stylus to do it! Kirby & The Rainbow Curse is a drawing game where your powers are dictated entirely by your design. Make him scale walls and hills; send him trundling across platforms and bridges; let him fly through crazy loops of your own making. The only limit is your ingenuity! Drawing inspiration from the glory days of old Kirby arcade games, Rainbow Curse has been updated for a new century with all the style and jazz you'd expect from a reboot.
The products below contain affiliate links. We may receive a commission for purchases made through these links.
Advertisement

Game Release Dates is the best source to find out when does Kirby & The Rainbow Curse come out. Dates do change so check back often as the release approaches.
Privacy Policy
Copyright (c) 2022 www.gamereleasedates.net