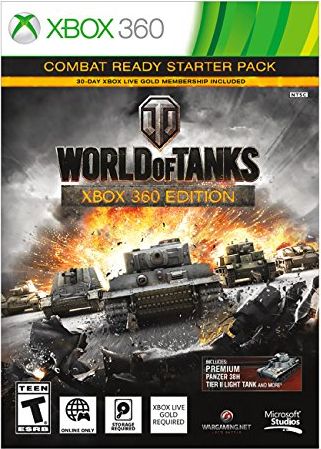 Rating: Teen
Genre: Action, Shooter
Overview
World of Tanks invites players to engage in thrilling warfare that involves World War II era tanks. Dozens of different armored vehicles are available for selection and direct use in head to head battle. Tanks from Germany, the United States, Great Britain and Soviet Union are some of the most powerful and versatile vehicles in this game. Panzers, Tigers and T-34 are some of the models ready to engage in strategic combat. World of Tanks offers massive online multiplayer modes in which more than a dozen players can participate in battle simultaneously. The projectiles and other elements of combat are simulated accurately through an improved game engine. Even special sounds effects fully submerge players into an authentic World War II setting. Modes such as Historical Battle and Assault create fun opportunities for players to test their real time strategy skills on a virtual war front.
The products below contain affiliate links. We may receive a commission for purchases made through these links.
Advertisement

Game Release Dates is the best source to find out when does World of Tanks come out. Dates do change so check back often as the release approaches.
Privacy Policy
Copyright (c) 2021 www.gamereleasedates.net