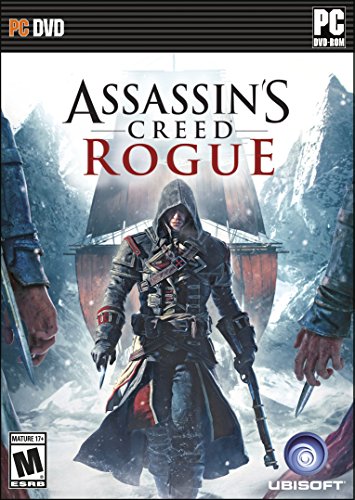 Rating: Mature
Overview
You either die a hero or live long enough to see yourself become the villain. Assassin's Creed Rogue follows Shay, an expert swordsman, marksman and weapons handler who originally only uses his grenade launchers for good. But life as a Templar takes him down a troubled road, and before long he's hunting down his fellows in the Brotherhood and changing their conjoined fates for good. But they deserve it. Right? Assassin's Creed Rogue will force you to examine your own values as you battle your way through vast, blood-soaked worlds and question everything you thought you knew. New gameplay offers unique challenges and rewards, and updated graphics render the entire experience as vivid as real wetwork. Shay never wanted this. But he'll do what has to be done. Will you?
The products below contain affiliate links. We may receive a commission for purchases made through these links.
Advertisement

Game Release Dates is the best source to find out when does Assassin's Creed Rogue come out. Dates do change so check back often as the release approaches.
Privacy Policy
Copyright (c) 2021 www.gamereleasedates.net