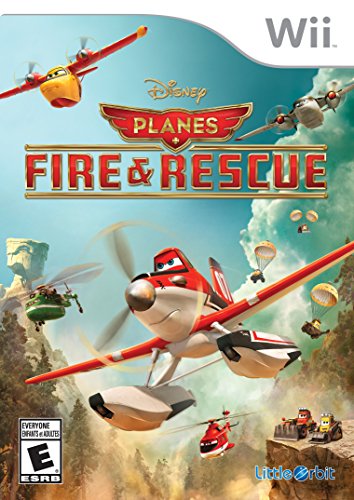 Rating: Everyone
Genre: Adventure
Overview
Planes 2 Fire & Rescue is an adaptation to the Disney Planes Fire & Rescue animated film. In this game, players get to control dozens of different aircraft to respond to various emergencies. Single engine airplanes, helicopters and jumbo jets are used to extinguish fires and carry out other rescue operations. Just as in the animated film, this game has a fun cartoon style game play with three dimensional graphics. The Piston Peak Air Attack team invites players to join different missions in an authentic story line inspired by Disney's creativity. Before embarking on some of the high flying actions, players get the chance to join the Fire & Rescue Training Academy. Characters from the film such as Dusty and Dipper are featured in the game.
Advertisement

Game Release Dates is the best source to find out when does Planes 2 Fire & Rescue come out. Dates do change so check back often as the release approaches.
Privacy Policy
Copyright (c) 2020 www.gamereleasedates.net