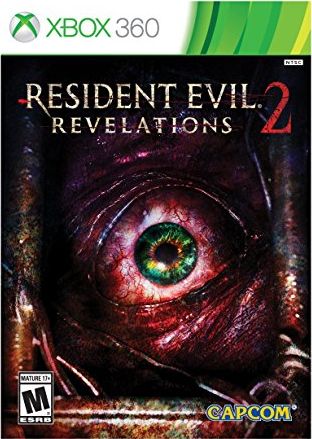 Rating: Mature
Genre: Action, Shooter
Overview
Claire is back again, and this time, it's personal. While attending an anti-bioterrorism meeting with her fellow employees at Terra Save, Claire is struck unconscious by armed intruders. When she wakes up, she's in an abandoned detention facility and surrounded by slavering, near-mindless hordes, all of whom are "afflicted." She's also with a stranger named Moira who reveals herself to be the daughter of Barry Burton. Will these two women have what it takes to battle their way through the afflicted and make it home again? Will they figure out who left them to die in the first place? Or will they become the next afflicted in turn? Join Claire and Moira on their journey of secrets and survival in Resident Evil: Revelations 2.
The products below contain affiliate links. We may receive a commission for purchases made through these links.
Advertisement

Game Release Dates is the best source to find out when does Resident Evil: Revelations 2 come out. Dates do change so check back often as the release approaches.
Privacy Policy
Copyright (c) 2020 www.gamereleasedates.net