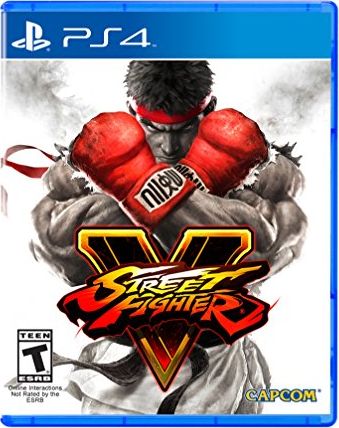 Rating: Teen
Genre: Action, Fighting
Overview
Street Fighter V invites players to engage in adrenaline-pumping action in the vibrant streets of Asia's largest cities. The only rules in the one-on-one combat is that anything within one's arsenal is fair game. From traditional martial arts to magical shots, there are plenty of moves that can be executed when taking on fierce foes in this fighting game. A knockout is the ultimate goal of any confrontation in Street Fighter V. Some of the classic characters from the Street Fight series that return to this title include Ryu, Chun-Li and Charlie Nash. The attires and looks of the fighters are just as impressive as their aerial attacks. A vibrant soundtrack is in sync with the fast-paced fighting action in this game.
The products below contain affiliate links. We may receive a commission for purchases made through these links.
Advertisement

Game Release Dates is the best source to find out when does Street Fighter V come out. Dates do change so check back often as the release approaches.
Privacy Policy
Copyright (c) 2021 www.gamereleasedates.net