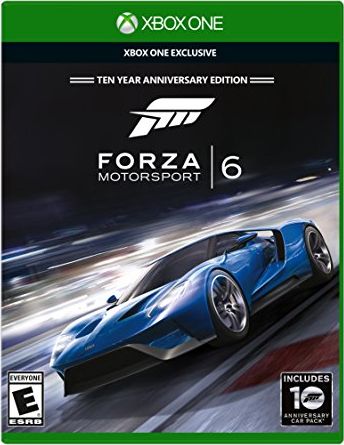 Rating: Everyone
Overview
Forza Motorsport 6 provides a thrilling experience in virtual racing. Players can get behind the wheel of the some of the latest sports cars from auto makers such as Ford, Ferrari, Mazda and Toyota. Bumps, turns and other maneuvers are simulated with tremendous precision and realism. Players will also feel the acceleration and swift stops when controlling vehicles on the tracks. As with previous Forza Motorsport games, this title features plenty of upbeat songs that are in sync with the fast-paced action. Going on a global racing circuit is the ultimate mission for any player who loads up Forza Motorsport 6. From the spoilers to the tailpipes, attention to detail is emphasized in all of the cars that are featured in this game.
Advertisement

Game Release Dates is the best source to find out when does Forza Motorsport 6 come out. Dates do change so check back often as the release approaches.
Privacy Policy
Copyright (c) 2020 www.gamereleasedates.net