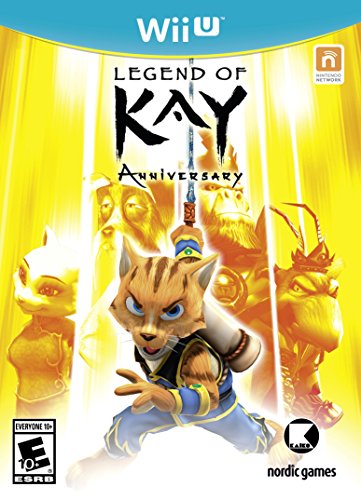 Rating: Everyone
Overview
Legend of Kay HD is a adventure game in which some animals take on human characteristics. The protagonist in this title is Kay, a cat who becomes a brave warrior in order to save his village from invasions by Gorillas and rats. The settings in Legend of Kay HD are roughly based on realistic African terrains that are inhabited by exotic wildlife. Villains such as the Rat Alchemist and Minister Shun must be taken out by Kay. Additionally, there are dozens of other foes that threaten Kay such as spiders, turtles, crocodiles and bats. Equipped with weapons like swords and hammers as well as martial arts skill, the determined Kay takes on all of his foes with confidence. Many of the fights include hack-and-slash elements typical of action and RPG games.
Advertisement

Game Release Dates is the best source to find out when does Legend of Kay HD come out. Dates do change so check back often as the release approaches.
Privacy Policy
Copyright (c) 2020 www.gamereleasedates.net