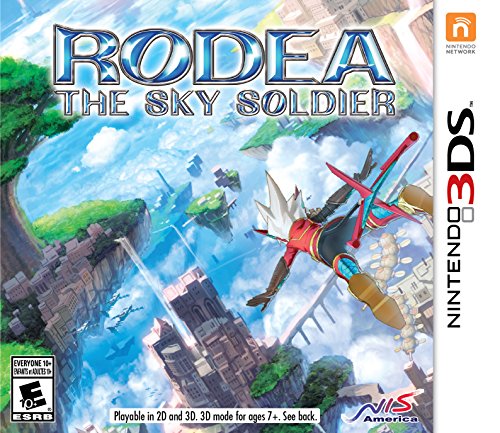 Rating: Everyone 10+
Genre: Adventure
Overview
Rodea the Sky Soldier combines elements of high-fantasy with action adventure. This main character in this game is Rodea, a brave fighter who uses his superpowers and martial arts skills to navigate through the Geruda kingdom that's threatened by the evil Naga Empire. The story line has a time lapse of about 1,000 years, in which a peaceful transition is made into wartime and chaos. Rodea can collect various items like gears and gravitons to boost his own attributes throughout the missions. The epic battles in Rodea the Sky Soldier force players to come up with shrewd tactics to defeat enemies that seem to appear from all sides and angles. It's also possible to replay the missions in order to discover concealed treasures.
Advertisement

Game Release Dates is the best source to find out when does Rodea the Sky Soldier come out. Dates do change so check back often as the release approaches.
Privacy Policy
Copyright (c) 2020 www.gamereleasedates.net