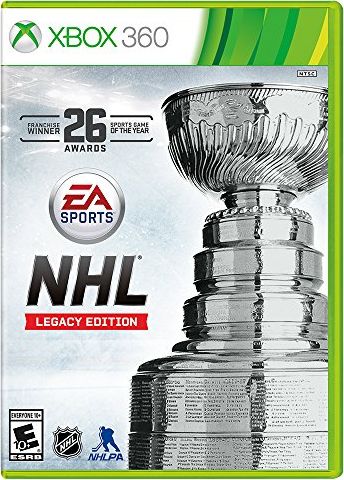 Rating: Everyone 10+
Genre: Sports
Overview
EA Sports NHL (Legacy Edition) is designed to simulate professional ice hockey action on all levels. First and foremost, this title features players from the NHL, the highest tier of ice hockey in North America. Additionally, international leagues are also featured to provide more challenges on a global scale. The AHL, CHL, DEL, Extraliga and ledniho hokeje are integrated into this game that allows players to explore the worldwide popularity of ice hockey. Thanks to True Performance Skating, the players in EA Sports NHL (Legacy Edition) slip and slide smoothly just like in real life. The accurate simulation of mechanics and dynamics in this game are based on the latest engines that have been engineered for sports games by EA.
Advertisement

Game Release Dates is the best source to find out when does EA Sports NHL (Legacy Edition) come out. Dates do change so check back often as the release approaches.
Privacy Policy
Copyright (c) 2020 www.gamereleasedates.net