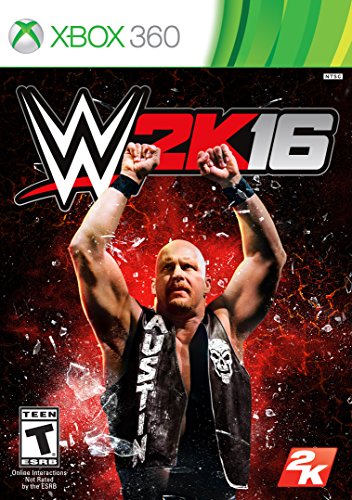 Rating: Teen
Genre: Sports
Overview
WWE 2K16 features more than 120 wrestlers that engage in thrilling wrestling action and other confrontational challenges with plenty of drama. This game even features some legends from WWE such as Stone Cold Steve Austin. Additionally, divas and other accomplices are also part of the roster. An array of new moves have been added to allow characters to pull off wins in different ways. In 2K Showcase, players have the chance to participate in a story campaign that progresses based on the outcome of matches. New characters, gear and other fun items can be unlocked throughout the story line. In MyCareer Mode, there is the challenge of taking on different opponents and building an iconic reputation. During the exciting matches, three well-known commentators including Jerry ?The King? Lawler! scream and shout with excitement.
Advertisement

Game Release Dates is the best source to find out when does WWE 2K16 come out. Dates do change so check back often as the release approaches.
Privacy Policy
Copyright (c) 2020 www.gamereleasedates.net