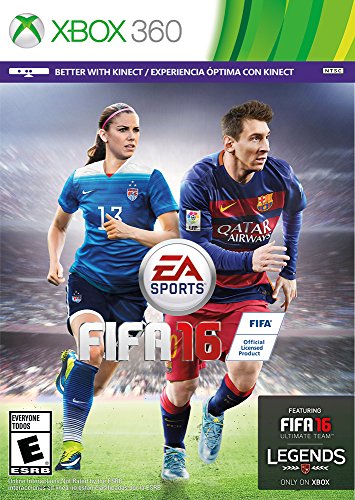 Rating: Everyone
Genre: Sports
Overview
For the first time in the FIFA video game franchise, female soccer players finally make a debut appearance. FIFA 16 features a dozen women's national teams including Brazil, France, Germany, England and the United States. Improved graphics accurately simulate the facial features and other feminine physical appearances of women on the field. Additionally, the balls physics have also been polished up to better simulate the action on the pitch. Parameters such as spin and speed allow for accurate control of realistic trajectories in this soccer game. Fun features such as signature gestures and celebrations give the players in FIFA 16 plenty of unique personalities. In addition to career mode, this game has other outlets for enjoying friendly competition or engaging in intense practice sessions.
The products below contain affiliate links. We may receive a commission for purchases made through these links.
Advertisement

Game Release Dates is the best source to find out when does FIFA 16 come out. Dates do change so check back often as the release approaches.
Privacy Policy
Copyright (c) 2022 www.gamereleasedates.net