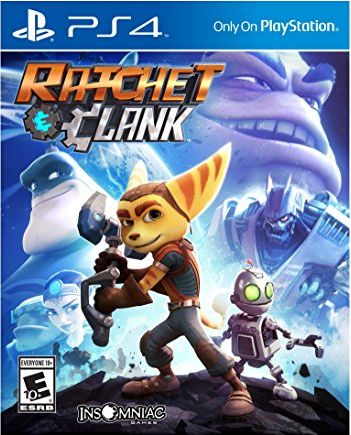 Rating: Everyone 10+
Genre: Adventure
Overview
Ratchet & Clank is a modern adaptation of the original title with the same name that was released in 2002. This contemporary version is loaded with an array of new weapons such as guns that shoot laser and swinging axes. The advanced bouncer is a powerful weapon that releases tiny bombs which fly off in all directions and damage enemies instantly. The game focuses on a strong between the cat-like character Ratchet and the smart robot called Clank. Both of them essentially save the world from invading forces that mostly consist of evil monsters and other fictional creatures. Highly futuristic elements are integrated into the game such as sleek airplanes and other hovering aircraft that are fly in between soaring skyscrapers.
The products below contain affiliate links. We may receive a commission for purchases made through these links.
Advertisement

Game Release Dates is the best source to find out when does Ratchet & Clank come out. Dates do change so check back often as the release approaches.
Privacy Policy
Copyright (c) 2022 www.gamereleasedates.net