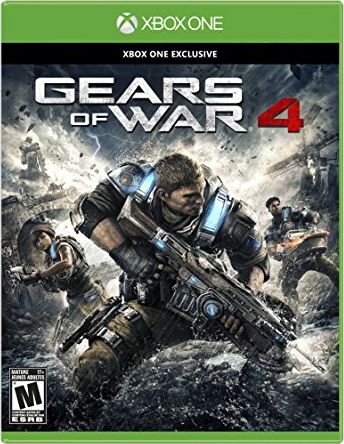 Rating: Mature
Overview
Gears 4, alternately titled in the more standard fashion as Gears of War 4, is a continuation of the popular Gears of War third-person shooter game series. Players have the choice to play in co-operative or multiplayer Campaign mode against a wide range of enemies through new characters JD or Kait. Unlike the previous games, these characters aren't completely prepared for the war or weighed down yet by the darkness of it. The main characters have access to several weapons, including the well-known short-barreled, lever-action gnasher shotgun with its integrated flashlight, 12-gauge shells and more than 26-foot range. The lancer assault rifle also returns to the series with its chainsaw bayonet, medium range and capacity to fire hundreds of rounds.
The products below contain affiliate links. We may receive a commission for purchases made through these links.
Advertisement

Game Release Dates is the best source to find out when does Gears 4 come out. Dates do change so check back often as the release approaches.
Privacy Policy
Copyright (c) 2020 www.gamereleasedates.net