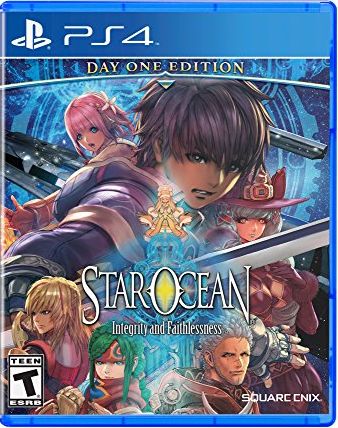 Rating: Teen
Overview
The chronicles of the history of Star Ocean are vast. Learn about an event on Space Date 537, between the events of Star Ocean: The Second Story and Star Ocean: Till the End of Time, that helped shape the universe in Star Ocean: Integrity and Faithlessness! Conflict on Faycreed, a planet located 6000 light years away from Earth, could destroy the Galactic Federation's tentative new peace. Join Fidel Camuze, Miki Sauvester, an amnesiac girl named Relia and other heroes as they attempt to end the conflict and restore balance. Pick an initial character and then fight enemies in one-on-one battles or bring your entire party together to fight off bosses. You can also switch characters as often as you like!
The products below contain affiliate links. We may receive a commission for purchases made through these links.
Advertisement

Game Release Dates is the best source to find out when does Star Ocean: Integrity and Faithlessness come out. Dates do change so check back often as the release approaches.
Privacy Policy
Copyright (c) 2022 www.gamereleasedates.net