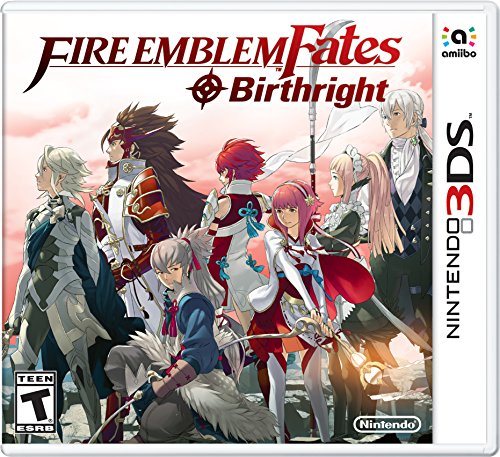 Rating: Teen
Genre: Strategy
Overview
Fire Emblem Fates: Birthright has a traditional tactical role-playing genre with inspirations by oriental culture. The main character in this game is essentially a virtual avatar that can be customized with many unique features such as physical appearance and clothing. The settings in this title include the fictional kingdoms of Nohr and Hoshido. During times of stability, another kingdom emerges by the name of Touma. Fire Emblem Fates: Birthright has an extensive progression of events that is based on the outcome of battles, encounters with other characters and other tasks that seem random. The majority of the story line is based on ongoing conflicts between the multiple kingdoms. It is the role of the personalized avatar to work with royal families and bring some peace to the world.
The products below contain affiliate links. We may receive a commission for purchases made through these links.
Advertisement

Game Release Dates is the best source to find out when does Fire Emblem Fates: Birthright come out. Dates do change so check back often as the release approaches.
Privacy Policy
Copyright (c) 2021 www.gamereleasedates.net