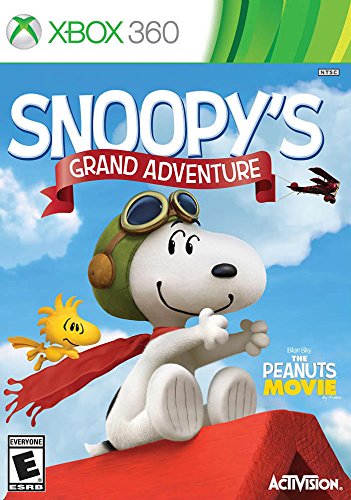 Rating: Everyone
Genre: Adventure
Overview
Tag. You?re it! Charlie Brown and the gang are hiding from Snoopy and Woodstock during an adventurous special kind of hide-and-seek game. In Snoopy's Grand Adventure, a side-scrolling platformer, explore different environments designed in stunning 3D graphics that tie in with The Peanuts Movie to find the missing characters. Run, jump and swim past obstacles as you gather rewards, learn new abilities and beat each level. Unlock a wide variety of costumes and disguises that also feature special abilities. Play in single player mode or join with a friend in two-player cooperative mode. Both Snoopy and Woodstock are playable! Laugh out loud at their antics along the way. Snoopy even stops now and then to do his well-known dance!
The products below contain affiliate links. We may receive a commission for purchases made through these links.
Advertisement

Game Release Dates is the best source to find out when does Snoopy's Grand Adventure come out. Dates do change so check back often as the release approaches.
Privacy Policy
Copyright (c) 2020 www.gamereleasedates.net