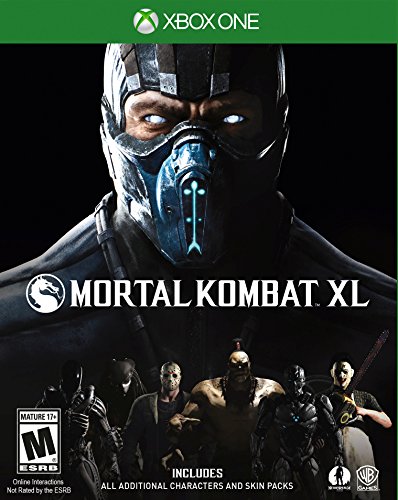 Rating: Mature
Genre: Action, Fighting
Overview
It's time to prove that you have what it takes to win Mortal Combat against a roster of more than 30 street-smart and deadly fighters in Mortal Kombat XL! In this special edition relaunch of Mortal Kombat X, you receive all of the previous downloadable skins, characters and special combos and fatalities. You can also try out all new characters, including the Alien, Bo' Rai Cho, Triborg and Leatherface. Pick a character based on one of three variations - each variation comes with different skills and abilities! Play against another player, the CPU and/or other players in online factions with enhanced move options. With this special edition, you also receive an all new skins pack called the Apocalypse Pack!
The products below contain affiliate links. We may receive a commission for purchases made through these links.
Advertisement

Game Release Dates is the best source to find out when does Mortal Kombat XL come out. Dates do change so check back often as the release approaches.
Privacy Policy
Copyright (c) 2022 www.gamereleasedates.net