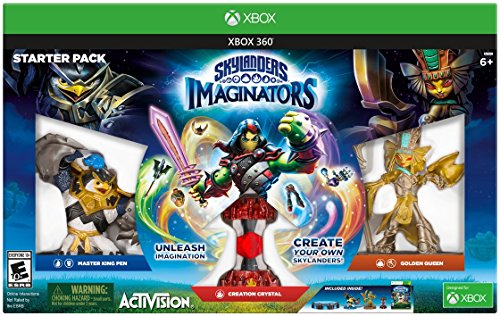 Rating: Everyone 10+
Genre: Adventure
Overview
Kaos has discovered the ancient power of Mind Magic and is using it to create an unstoppable army of Doomlanders! Eon is calling upon all Portal Masters and Skylands' greatest mystic warriors, the Senseis, to stop Kaos and his minions. Now, you must use the power of your imagination to create your own Skylanders to battle in the ultimate adventure alongside the almighty Senseis to save Skylands.
Advertisement

Game Release Dates is the best source to find out when does Skylanders Imaginators come out. Dates do change so check back often as the release approaches.
Privacy Policy
Copyright (c) 2020 www.gamereleasedates.net