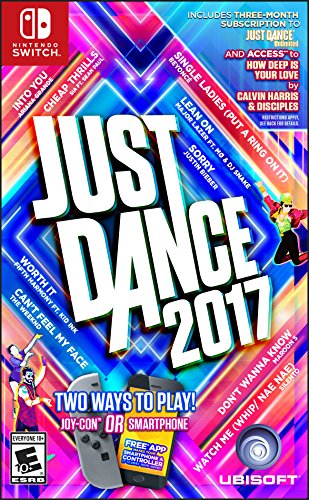 Rating: Everyone 10+
Genre: Dancing
Overview
The dance floor is heating up with the greatest entry in the Just Dance franchise to date. Featuring over 40 of the hottest tracks on the planet, you'll never miss a beat! Join over 100 million players online, show off your best moves, and share your coolest dance routines with the world. The music never stops with Just Dance 2017.
The products below contain affiliate links. We may receive a commission for purchases made through these links.
Advertisement

Game Release Dates is the best source to find out when does Just Dance 2017 come out. Dates do change so check back often as the release approaches.
Privacy Policy
Copyright (c) 2023 www.gamereleasedates.net