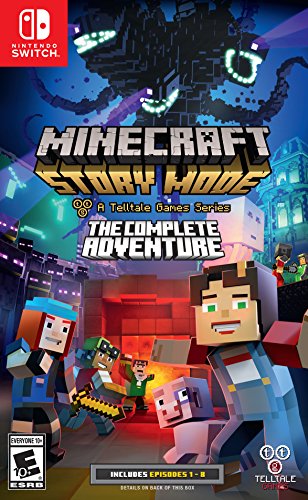 Rating: Everyone 10+
Genre: Adventure
Overview
BE THE HERO OF A GRAND ADVENTURE IN THE MINECRAFT UNIVERSE! Embark on a perilous quest across the Over world, to the End, and beyond. While at EnderCon in hopes of meeting Gabriel the Warrior, you and your friends discover that something is wrong. something dreadful. Terror is unleashed, and you must set out on a quest to find The Order of the Stone if you are to save your world from oblivion. With a team of friends at your side, and a troubled land in need of heroes, your decisions - what you say and do - drive the story around you, so choose wisely! All eight episodes in the series on one disc for the first time, all five episodes of Season One and all three episodes of the Adventure Pass.
The products below contain affiliate links. We may receive a commission for purchases made through these links.
Advertisement

Game Release Dates is the best source to find out when does Minecraft: Story Mode come out. Dates do change so check back often as the release approaches.
Privacy Policy
Copyright (c) 2021 www.gamereleasedates.net