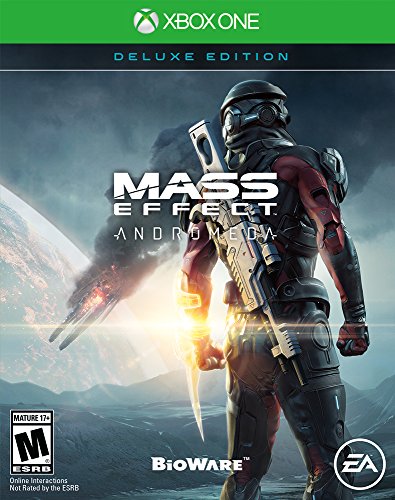 Rating: Mature
Genre: Action
Overview
Mass Effect: Andromeda takes players to the Andromeda galaxy, far beyond the Milky Way. There, players will lead our fight for a new home in hostile territory as the Pathfinder-a leader of military-trained explorers. This is the story of humanity's next chapter, and player choices throughout the game will ultimately determine our survival.
The products below contain affiliate links. We may receive a commission for purchases made through these links.
Advertisement

Game Release Dates is the best source to find out when does Mass Effect Andromeda Deluxe come out. Dates do change so check back often as the release approaches.
Privacy Policy
Copyright (c) 2021 www.gamereleasedates.net