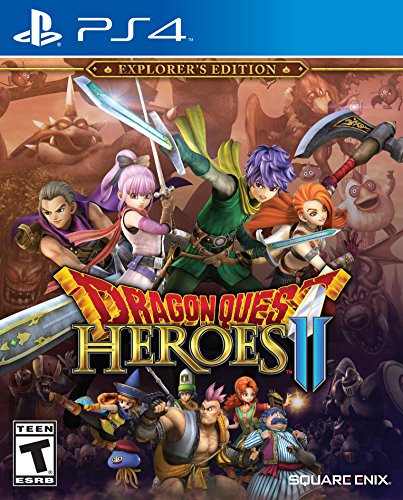 Rating: Teen
Genre: Role Playing
Overview
Dragon Quest Heroes 2 is a hack-and-slash, field-roaming Action RPG that sends players on a new adventure to restore order in a once peaceful world filled with hordes of monsters and battles of epic proportions. Up to 4 players can band together in cooperative multiplayer to conquer swarms of enemies and defeat challenging boss monsters. There is also a cast of many playable characters each with unique moves and abilities ? including a host of familiar faces from the Dragon Quest series and four brand new heroes that must team up to defeat an unknown threat looming over the Seven Realms!
The products below contain affiliate links. We may receive a commission for purchases made through these links.
Advertisement

Game Release Dates is the best source to find out when does Dragon Quest Heroes 2 come out. Dates do change so check back often as the release approaches.
Privacy Policy
Copyright (c) 2022 www.gamereleasedates.net