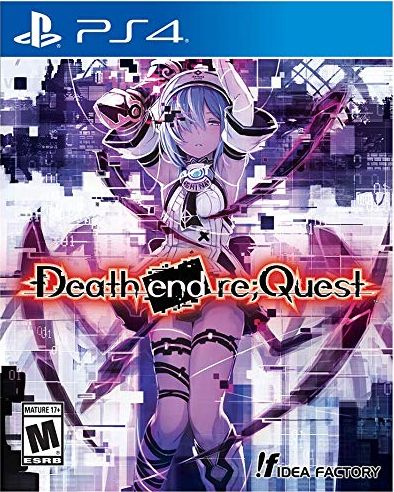 Rating: Mature
Genre: Role Playing
Overview
Death end re;Quest is a game that takes the classic turn-based RPG and turns it on its head. Players are able to change the game's genre and switch game modes from RPG into fighting, shooter, and even a slot mode. You'll also be able to jump at will between the in-game world and the real world to investigate your missing friend, unlocking one of the multiple endings. Choose wisely, as lines between fantasy and reality will begin to blur.
The products below contain affiliate links. We may receive a commission for purchases made through these links.
Advertisement

Game Release Dates is the best source to find out when does Death end re;Quest come out. Dates do change so check back often as the release approaches.
Privacy Policy
Copyright (c) 2022 www.gamereleasedates.net