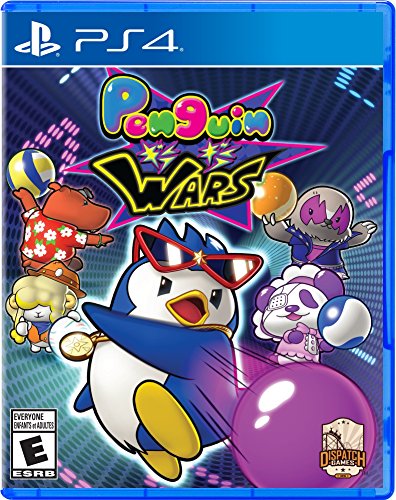 Rating: Everyone
Genre: Action
Overview
The classic rule of using 10 balls to throw at each other is still the core of the game. However, now you can evolve your characters in story mode and use those suped up characters in both local and online game play against your friends. This release also introduces multiple sets of new rules, which new and seasoned gamers can both enjoy. Music from the original version released in 1985 has been remixed and updated by notable musicians from Japan, which will make you want to listen to the music while you're out for a run or Dance to on a Friday night with the family.
The products below contain affiliate links. We may receive a commission for purchases made through these links.
Advertisement

Game Release Dates is the best source to find out when does Penguin Wars come out. Dates do change so check back often as the release approaches.
Privacy Policy
Copyright (c) 2022 www.gamereleasedates.net