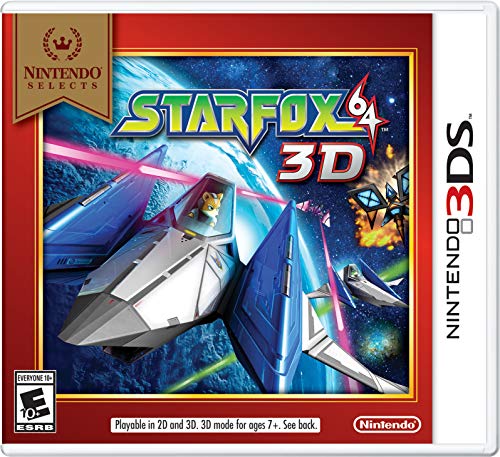 Rating: Everyone 10+
Genre: Adventure
Overview
Nintendo Selects highlights a variety of great games at a great price, including this one. Fox McCloud is Back in a Re-mastered Nintendo Classic The Star Fox 64 3D game invites players to take on the role of legendary Fox McCloud as they lead a fearless squadron of fighters in fierce aerial combat to battle the evil forces of Andross and save the galaxy from destruction. The rich 3D visuals provide a remarkable sense of depth, distance and position as players dodge meteors and blast enemy fighters out of the sky.
The products below contain affiliate links. We may receive a commission for purchases made through these links.
Advertisement

Game Release Dates is the best source to find out when does Nintendo Selects: Star Fox 64 3D come out. Dates do change so check back often as the release approaches.
Privacy Policy
Copyright (c) 2022 www.gamereleasedates.net