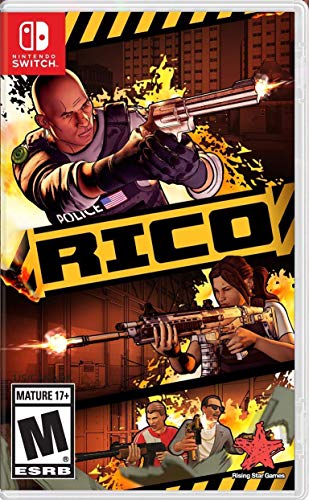 Rating: Mature
Genre: Action, Shooter
Overview
RICO is an arcade-style, first-person shooter inspired by modern action cinema. In the game you and a friend play as a pair of loose-cannon police partners, given twenty-four hours to crack a case as part of an elite organized crime taskforce. Planning is tactical rather than strategic, players must react in the moment to shootouts as they unfurl, with additional extra time to assess the situation if they are able to surprise their adversaries. Ammo and enemies are plentiful, and combat is punchy and impactful, supported by an extensive destruction system that ensures every shot looks and feels great.
The products below contain affiliate links. We may receive a commission for purchases made through these links.
Advertisement

Game Release Dates is the best source to find out when does Rico Console Video Games come out. Dates do change so check back often as the release approaches.
Privacy Policy
Copyright (c) 2022 www.gamereleasedates.net