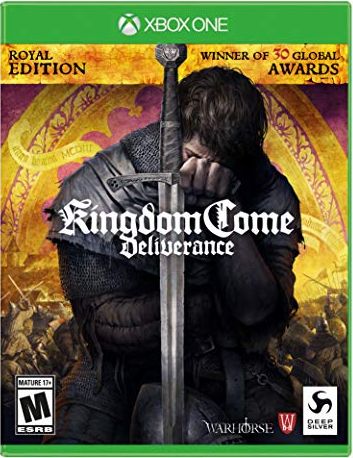 Rating: Mature
Genre: Role Playing
Overview
A story-driven open-world RPG that immerses you in an epic adventure in the Holy Roman Empire. Avenge your parents' death as you battle invading forces, go on game-changing quests, and make influential choices. Explore majestic castles, deep forests, thriving villages and countless other realistic settings in medieval Bohemia! Includes Kingdom Come: Deliverance + all previously released DLC (Treasures of the Past, From the Ashes, The Amorous Adventures of Sir Hans Capon, Band of Bastards), as well as the all new DLC ?A Woman's Lot? where you play as ?Theresa? in a standalone questline.
The products below contain affiliate links. We may receive a commission for purchases made through these links.
Advertisement

Game Release Dates is the best source to find out when does Kingdom Come Deliverance Royal Edition come out. Dates do change so check back often as the release approaches.
Privacy Policy
Copyright (c) 2020 www.gamereleasedates.net