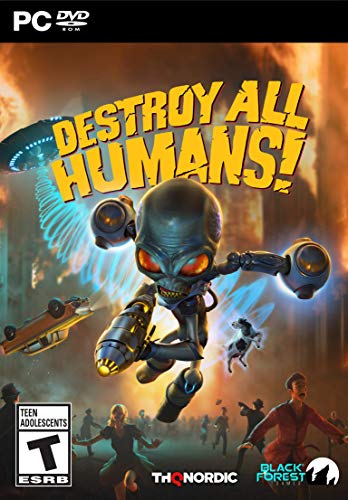 Rating: Rating Pending
Genre: Action, Shooter
Overview
The cult-classic returns! Terrorize the people of 1950s Earth in the role of the evil alien Crypto-137. Harvest their DNA and bring down the US government in the faithful remake of the legendary alien invasion action adventure. Annihilate puny humans using an assortment of alien weaponry and psychic abilities. Reduce their cities to rubble with your flying Saucer! One giant step on mankind!
Advertisement

Game Release Dates is the best source to find out when does Destroy All Humans! come out. Dates do change so check back often as the release approaches.
Privacy Policy
Copyright (c) 2020 www.gamereleasedates.net