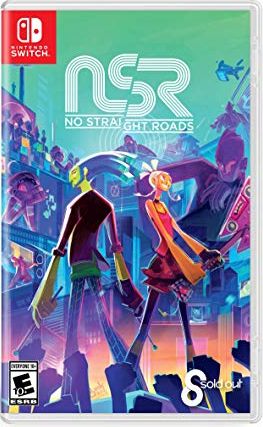 Rating: Rating Pending
Genre: Adventure
Overview
Take back Vinyl City - with rock! Embark on a music-based action-adventure as indie rock band members Mayday & Zuke and lead a musical revolution against EDM empire No Straight Roads. After being unfairly rejected in their audition to join No Straight Roads, Mayday & Zuke uncover the evil intentions behind the NSR empire. It's now down to them to save their city from corruption. Enjoy fast & frenetic combat with a musical twist as these two aspiring rock artists fight back with the power of music!
The products below contain affiliate links. We may receive a commission for purchases made through these links.
Advertisement

Game Release Dates is the best source to find out when does No Straight Roads come out. Dates do change so check back often as the release approaches.
Privacy Policy
Copyright (c) 2021 www.gamereleasedates.net