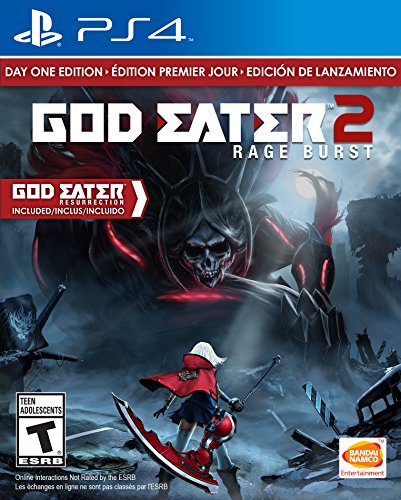 Rating: Teen
Genre: Role Playing
Overview
Defy All Gods Three years after the events of GOD EATER: Resurrection, a mysterious red rain sparks a fatal pandemic called the Black Plague. With no established cure, this scourge has a mortality rate of 100% once infected. Members of the Special Unit "Blood", an Affiliate of the Fenrir Organization, are sent to assist and investigate. Take control of their newest recruit as you master incredible weaponry, challenge enormous monsters, and cooperate with an iconic cast of characters fighting for humanity in GOD EATER 2: Rage Burst.
The products below contain affiliate links. We may receive a commission for purchases made through these links.
Advertisement

Game Release Dates is the best source to find out when does God Eater 2: Rage Burst come out. Dates do change so check back often as the release approaches.
Privacy Policy
Copyright (c) 2022 www.gamereleasedates.net