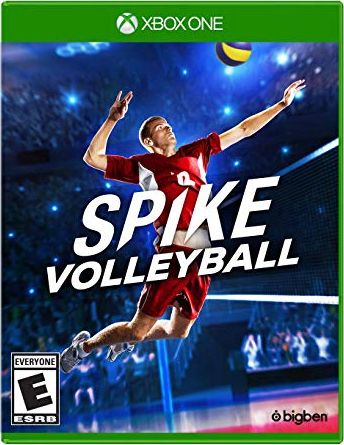 Rating: Everyone
Genre: Sports
Overview
The only simulation for the millions of volleyball fans out there! 50 national teams, both men's and women's, go head to head in a realistic simulation of this popular and spectacular sport. Manage your own team and take it to the highest level in Career mode. Enter multiple international tournaments, switch tactics to catch your local or online opponent off guard, and become a world champion! Fast reflexes, sharp skills, and teamwork: master the skills and tactics of this intense sport, realistically reproduced through motion capture and the powerful Unreal Engine 4.
The products below contain affiliate links. We may receive a commission for purchases made through these links.
Advertisement

Game Release Dates is the best source to find out when does Spike Volleyball come out. Dates do change so check back often as the release approaches.
Privacy Policy
Copyright (c) 2022 www.gamereleasedates.net