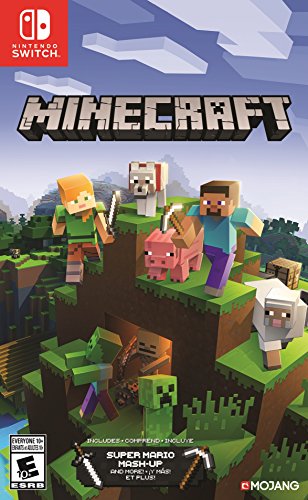 Rating: Everyone 10+
Genre: Simulation
Overview
Minecraft is a sandbox type game that allows players to use their imagination and strategic skills with the aim of building complicated structures out of simple cubes. The three dimensional game play makes it challenging to build buildings and other structures out of raw materials like ore, wood, dirt and sand. Although there is no single task or mission in Minecraft, players can still enjoy the challenges and variety of this open world game design. The fun of this game is based on invading enemies such as mobs or wild creatures that must be defended with safe and reliable dwellings and buildings. The crude graphics of Minecraft give players a sense of a world inspired by simple animations. The bottom line is that Minecraft tests the strategic skills of players that enjoy building something from scratch in a virtual world.
Advertisement

Game Release Dates is the best source to find out when does Minecraft come out. Dates do change so check back often as the release approaches.
Privacy Policy
Copyright (c) 2020 www.gamereleasedates.net