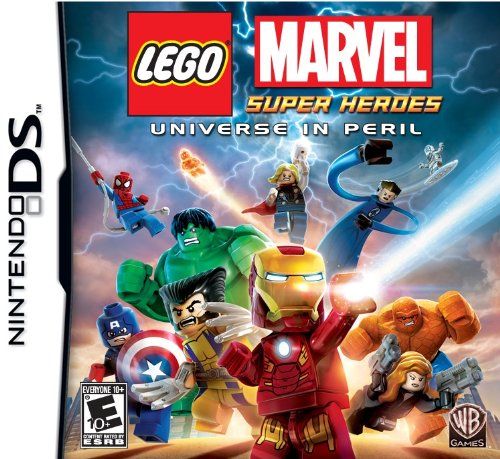 Rating: Everyone 10+
Genre: Adventure
Overview
LEGO: Marvel is an action game that allows players to control more than 150 different superheroes from some of the most popular comic and animated TV series. Some examples of characters featured in this game include Iron Man, Incredible Hulk, Wolverine, Spider Man and Captain America. LEGO: Marvel uses an open world design on a fictional setting called the Marvel Universe. The different characters collide as they use their unique superpowers. The Marvel Universe is constructed from classic Lego pieces that can be smashed and destroyed. LEGO: Marvel essentially integrates classic animated superheroes into one exciting world full of thrilling battles and missions. High quality three dimensional graphics accurately display the unique features and signature appearances of famous villains and heroes from several eras of comics and TV shows. Of course, each superhero character is built out of Lego pieces.
The products below contain affiliate links. We may receive a commission for purchases made through these links.
Advertisement

Game Release Dates is the best source to find out when does LEGO: Marvel come out. Dates do change so check back often as the release approaches.
Privacy Policy
Copyright (c) 2022 www.gamereleasedates.net