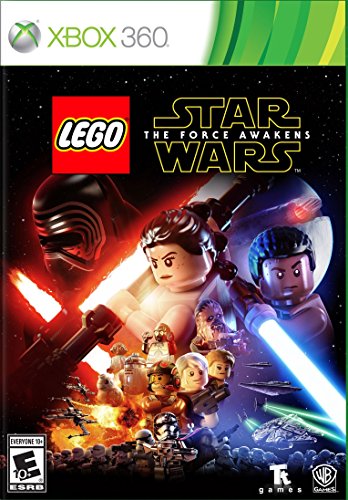 Rating: Everyone 10+
Genre: Adventure
Overview
Join the battle to save the universe from servants of the Dark Side in LEGO Star Wars: The Force Awakens! Pick a popular character that fought for either side, such as Finn, Rey, Poe, Han or Ren, and then re-enact events from the film in a brand new LEGO adventure! Turn to BB-8 and C-3PO for help along the way! As you play, learn details about the conflict and the years preceding The Force Awakens that were never revealed in the film through playable content that's only available with this game. Lastly, build and destroy new battlegrounds through the new Multi-Builds feature and enjoy special fighting action, including options to hide using your surroundings, with a special Blaster Battles feature!
The products below contain affiliate links. We may receive a commission for purchases made through these links.
Advertisement

Game Release Dates is the best source to find out when does LEGO Star Wars: The Force Awakens come out. Dates do change so check back often as the release approaches.
Privacy Policy
Copyright (c) 2023 www.gamereleasedates.net