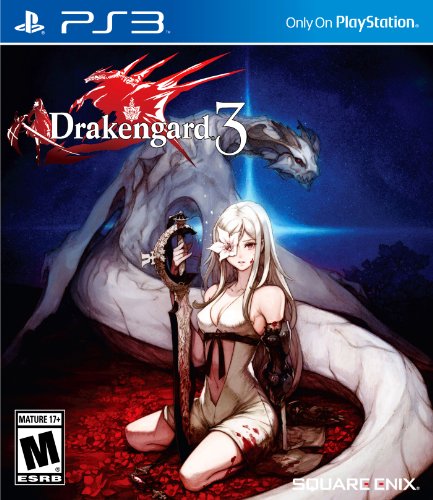 Rating: Mature
Overview
Drakengard 3 is a modern hack and slash game that revives traditional Japanese style anime. The main character of this game is Zero, a young lady that has magical powers as well as versatile physical capabilities. The brave heroine takes on fictional enemies such as dragons and other mythical creatures. With each level, Zero's abilities become stronger and she is capable of delivering powerful attacks on foes. Drakengard 3 also features aerial combat as Zero rides her own personal dragon by the name of Mikhail. This type of soaring combat feels like modern fights between airplanes and other aircraft. The storyline of Drakengard 3 involves a very in depth plot that's based on Zero's pursuit to kill her own sisters. She is also followed by loyal minions that provide some moral and combat help throughout the missions of the game.
The products below contain affiliate links. We may receive a commission for purchases made through these links.
Advertisement

Game Release Dates is the best source to find out when does Drakengard 3 come out. Dates do change so check back often as the release approaches.
Privacy Policy
Copyright (c) 2022 www.gamereleasedates.net