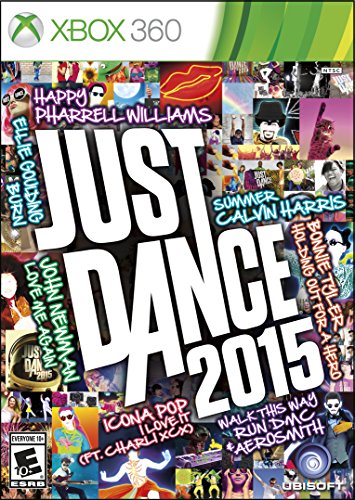 Rating: Everyone 10+
Genre: Dancing
Overview
Featuring all the latest hits, Just Dance 2015 combines rhythm, coordination and skill for a game that provides hours of entertainment. There are a dozen songs and even more dance styles to choose from, offering almost infinite possibilities in customization and flair. Players can also dance alone or compete against others with a special "Challenger" mode that allows for scores and steps to be recorded for later use. Friends don't have to play at the same time to compare their efforts! To connect with even more dancers, Just Dance 2015 also offers a coaching module where you can teach others your moves. You can also challenge strangers online in multiplayer mode... if you think you have what it takes. With everything from Pharrell Williams to Aerosmith, Just Dance 2015 is a must-have for fitness junkies or anyone who enjoys music.
The products below contain affiliate links. We may receive a commission for purchases made through these links.
Advertisement

Game Release Dates is the best source to find out when does Just Dance 2015 come out. Dates do change so check back often as the release approaches.
Privacy Policy
Copyright (c) 2022 www.gamereleasedates.net