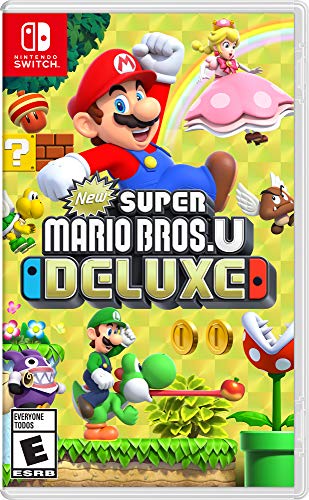 Rating: Everyone
Genre: Adventure
Overview
Join Mario, Luigi, and Pals for single-player or multiplayer fun anytime, anywhere! take on two family-friendly, side-scrolling adventures with up to three friends as you try to save the Mushroom kingdom. Includes the new Super Mario Bros. U game and harder, faster new Super Luigi U game-both of which include nabbit and toadette as playable characters!.
The products below contain affiliate links. We may receive a commission for purchases made through these links.
Advertisement

Game Release Dates is the best source to find out when does New Super Mario Bros. U Deluxe come out. Dates do change so check back often as the release approaches.
Privacy Policy
Copyright (c) 2023 www.gamereleasedates.net