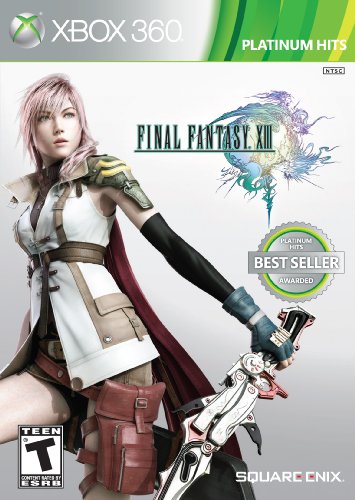 Rating: Teen
Genre: Action, Fighting
Overview
Embark on an adventure to Cocoon, a utopian sky-city and paradise. But when a hostile fal?Cie is discovered, peace is shattered and humans are cursed to wield magic as slaves. Players must unravel the mystery surrounding the peace of Cocoon with the aid of six playable characters. Emerge yourself into the world of Gran Pulse with an all-new ATB battle system, Crystarium leveling system, and a redesigned paradigm system that allows you to individually program your party into distinct roles under highly specific conditions.
The products below contain affiliate links. We may receive a commission for purchases made through these links.
Advertisement

Game Release Dates is the best source to find out when does Final Fantasy XIII come out. Dates do change so check back often as the release approaches.
Privacy Policy
Copyright (c) 2021 www.gamereleasedates.net