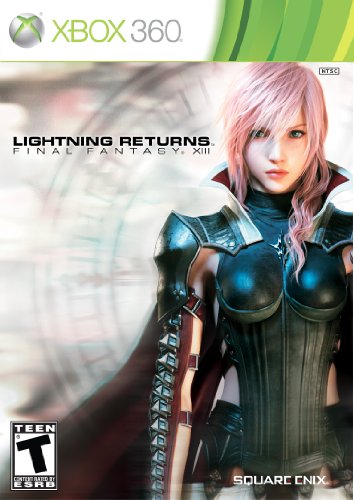 Rating: Teen
Overview
From the creators of Final Fantasy VII comes the third installment to the critically acclaimed RPG series, Final Fantasy VIII: Lightning Returns. This time we follow the character Lightning, who awakens to after several hundred years in slumber to find the world in Chaos, with 13 days left to it's destruction. Because of the limited time frame, in this installment you have to choose which missions you will be able to complete. Fans of the series will appreciate the continuations of past favorites like the ability to summon monsters, airships, chocobos and the character Cid! Praised for its seamless cinematics and new system to develop character traits and abilities like never before.
The products below contain affiliate links. We may receive a commission for purchases made through these links.
Advertisement

Game Release Dates is the best source to find out when does Lightning Returns: Final Fantasy XIII come out. Dates do change so check back often as the release approaches.
Privacy Policy
Copyright (c) 2021 www.gamereleasedates.net