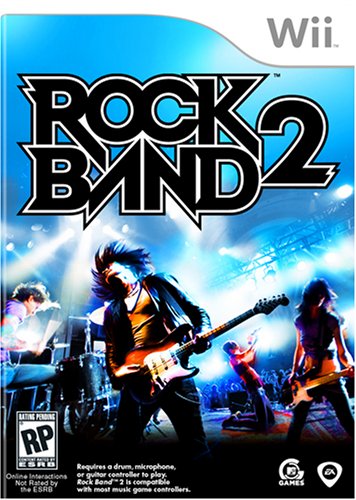 Rating: Teen
Genre: Musical
Overview
Part of the popular Rock Band series, Rock Band 2 is loaded with some early features that define the highlights of the musical game franchise. Rock Band 2 essentially allows players to form virtual music groups using an array of realistic recording and production tools. Using compatible external interactive controllers, Players can play their favorite instruments such as the guitar, drums, bass and keyboard. Additionally, this game allows players to actually record their voice and import it into the game. The main feature of Rock Band 2 is the option to form a virtual rock band and tour the rest of the world. The rock and roll fantasy game allows players to practice and record some of the most popular hits of all time from top artists. High quality sound and audio define the main highlights of Rock Band 2.
The products below contain affiliate links. We may receive a commission for purchases made through these links.
Advertisement

Game Release Dates is the best source to find out when does Rock Band 2 come out. Dates do change so check back often as the release approaches.
Privacy Policy
Copyright (c) 2021 www.gamereleasedates.net