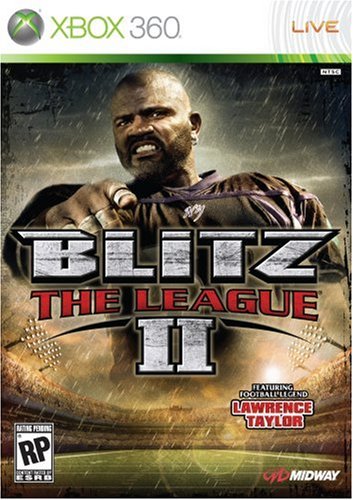 Rating: Mature
Genre: Sports
Overview
Flagrant fouls are not just fine in "Blitz II: The League"; in fact, illegal plays are freaking fantastic. Visceral football carnage defines this brutally violent sporting series. There are no holds barred, and certainly no punches pulled. Realistic calamity ensues on the field at every dynamic moment. The injury engine is stunningly realistic, which means players can purposefully take out valuable members of the opposing team. Late hits are even incorporated, which makes it possible to unleash a viscious rampage after the clock has stopped. A dramatically dark story riddles the engrossing Campaign mode. Gamers can guide their franchise to the top, but they must first survive the sport's shady underbelly. Get ready to deliver physical strikes that are destined to end seasons; however, it is wise to remember that competitors have the exact same forceful capacities and cruel motives.
The products below contain affiliate links. We may receive a commission for purchases made through these links.
Advertisement

Game Release Dates is the best source to find out when does Blitz: The League II come out. Dates do change so check back often as the release approaches.
Privacy Policy
Copyright (c) 2021 www.gamereleasedates.net