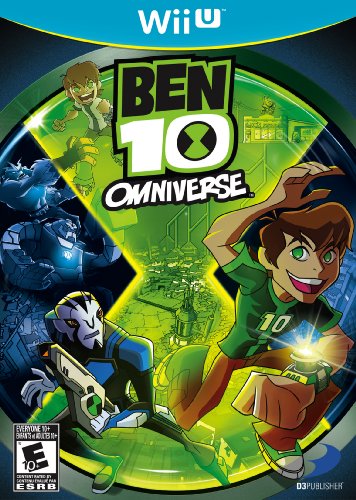 Rating: Everyone 10+
Genre: Action
Overview
When Ben finds out that mysterious events from the past are now beginning to have effect on the present, he must step in with his Omnitrix to save the world. Unfortunately, his Omnitrix malfunctions and sends his partner, Rook, back in time to when Ben was just 10 years old. Rook and Young Ben must work together when they go toe to toe with the villainous Malware who then takes Rook's Proto-Tool to create new powers for himself and makes a scary alternate future that is sure to affect the entire world. Players alternate between Teen Ben and Young Ben and choose between 16 other characters throughout the game play. Eleven levels and various puzzles keep players on their toes and offer hours of total game play. A two player option allows one player to play Ben while another player can play his partner, Rook.
Advertisement

Game Release Dates is the best source to find out when does Ben 10 Omniverse come out. Dates do change so check back often as the release approaches.
Privacy Policy
Copyright (c) 2020 www.gamereleasedates.net