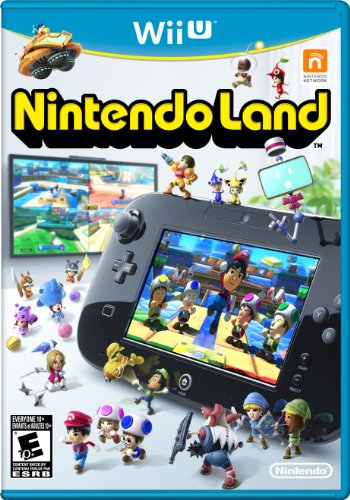 Rating: Everyone 10+
Genre: Action
Overview
Play in numerous worlds all in one game. Walk through the Nintendo theme park, playing as the Princess, Mario, Luigi and more of the characters you have grown to love. Play by yourself or play with friends. Some games can have up to five players. Soar through the sky in a flying saucer or participate in a battle with swords. You can also play a rousing game of baseball with a variety of characters as the players.
Advertisement

Game Release Dates is the best source to find out when does Nintendo Land come out. Dates do change so check back often as the release approaches.
Privacy Policy
Copyright (c) 2020 www.gamereleasedates.net