The Legend of Zelda: The Wind Waker Release Dates 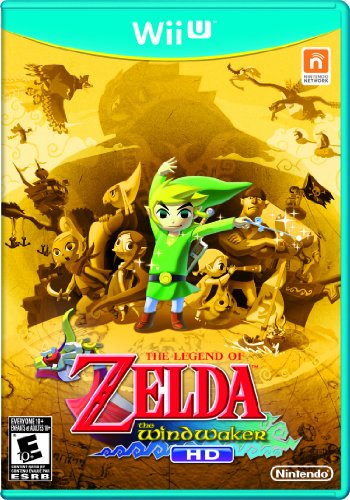 The Legend of Zelda: The Wind Waker

Rating: Everyone 10+
Genre: Action
Overview
Millenniums have passed since The Hero of Time vanquished the perilous forces of Ganondorf to rescue the land of Hyrule. The tyrannical evil has been sealed by the sages, while the green fields have been completely submerged by ancient rains. The descendents of the mystical world live on, but they are forced to inhabit the interspersed islands that remain exposed. Now, Ganon's incredible power has broken the spells that confined him. A new legendary hero is needed to end his terror for the last time. Luckily, a boy of the same Kokiri lineage has just come of age; Link has been reborn! The courageous child must sail the seas with his talking boat, The King of Red Lions. The rapscallion teams up with a rogue band of pirates to find his kidnapped sister. He befriends the group's leader, Tetra, and helps her uncover her fate as the reincarnation of Princess Zelda. With nautical temples and aquatic side-quests galore, this is "The Legend of Zelda: Wind Waker!"
The products below contain affiliate links. We may receive a commission for purchases made through these links.
Advertisement

The Legend of Zelda: The Wind Waker HD
Wii U Release Date

Game Release Dates is the best source to find out when does The Legend of Zelda: The Wind Waker come out. Dates do change so check back often as the release approaches.
Privacy Policy
Copyright (c) 2022 www.gamereleasedates.net