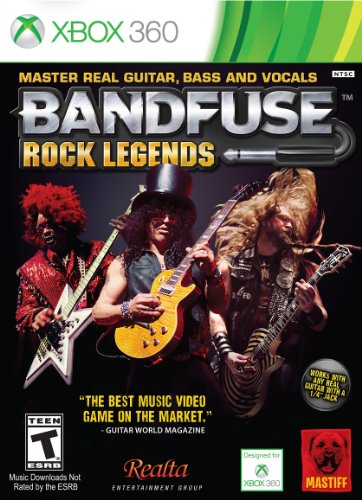 Rating: Teen
Genre: Musical
Overview
Rock out with the groovy instruments and fantastic tunes on this fun game. Create a band with the singers in the game, or play a song on your own as you try to get an applause from the crowd. Up to four people can play the game at on time. A special effect is song control. This means you can make the song as fast or slow as you want so that you can play it perfectly.
The products below contain affiliate links. We may receive a commission for purchases made through these links.
Advertisement

Game Release Dates is the best source to find out when does Band Fuse: Rock Legends - Artist Pack come out. Dates do change so check back often as the release approaches.
Privacy Policy
Copyright (c) 2021 www.gamereleasedates.net